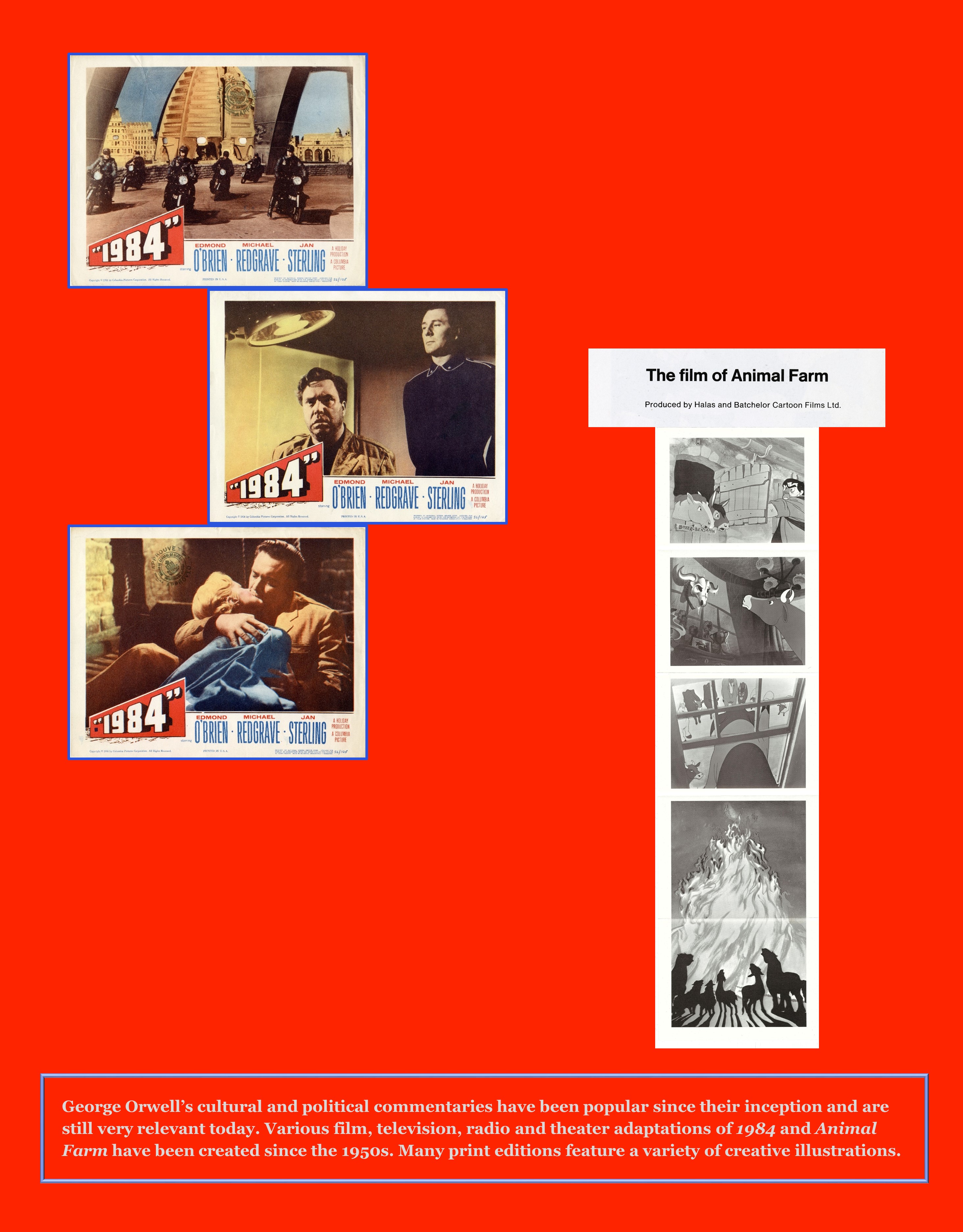 Items on Display on Panel: 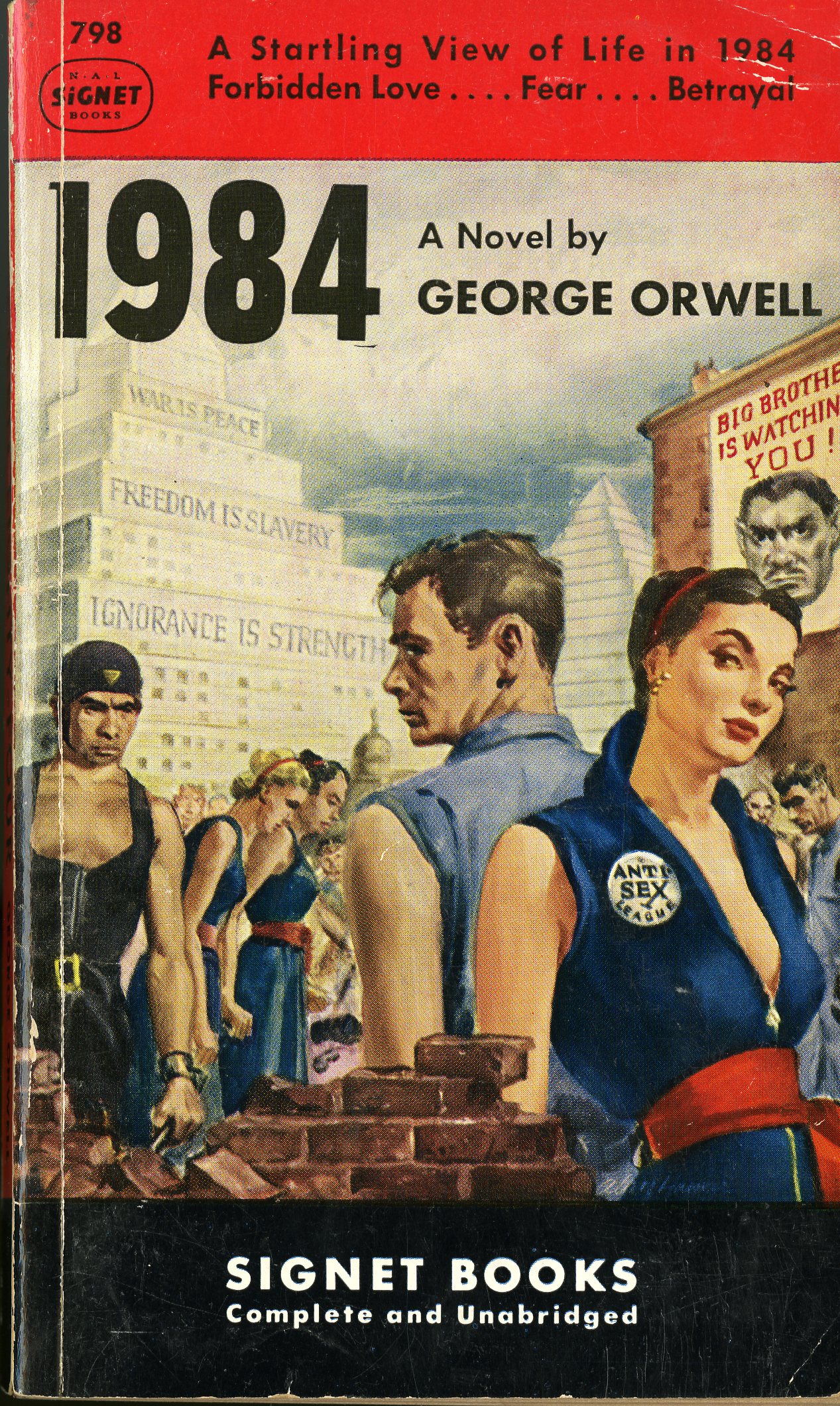 Artist Eric Holter created a series of wood engravings based on Animal Farm.  In his words, “I have attempted to match the mood of the engravings to the progressively dark tenor of the novel.”

An animated version of Animal Farm was produced in 1954. The Central Intelligence Agency funded this production in an effort to encourage the circulation of anti-communist art in the United States.

In 1984, Orwell examines the denial of truth and corruption of the media. The ready availability and accessibility of social media allow for the easy creation of “filter bubbles” that limit news to outlets that have the same political and social opinions on politics. “Fake news” and “alternative facts” has led to political and media dishonesty and mass denial of Realpolitik in our modern age. 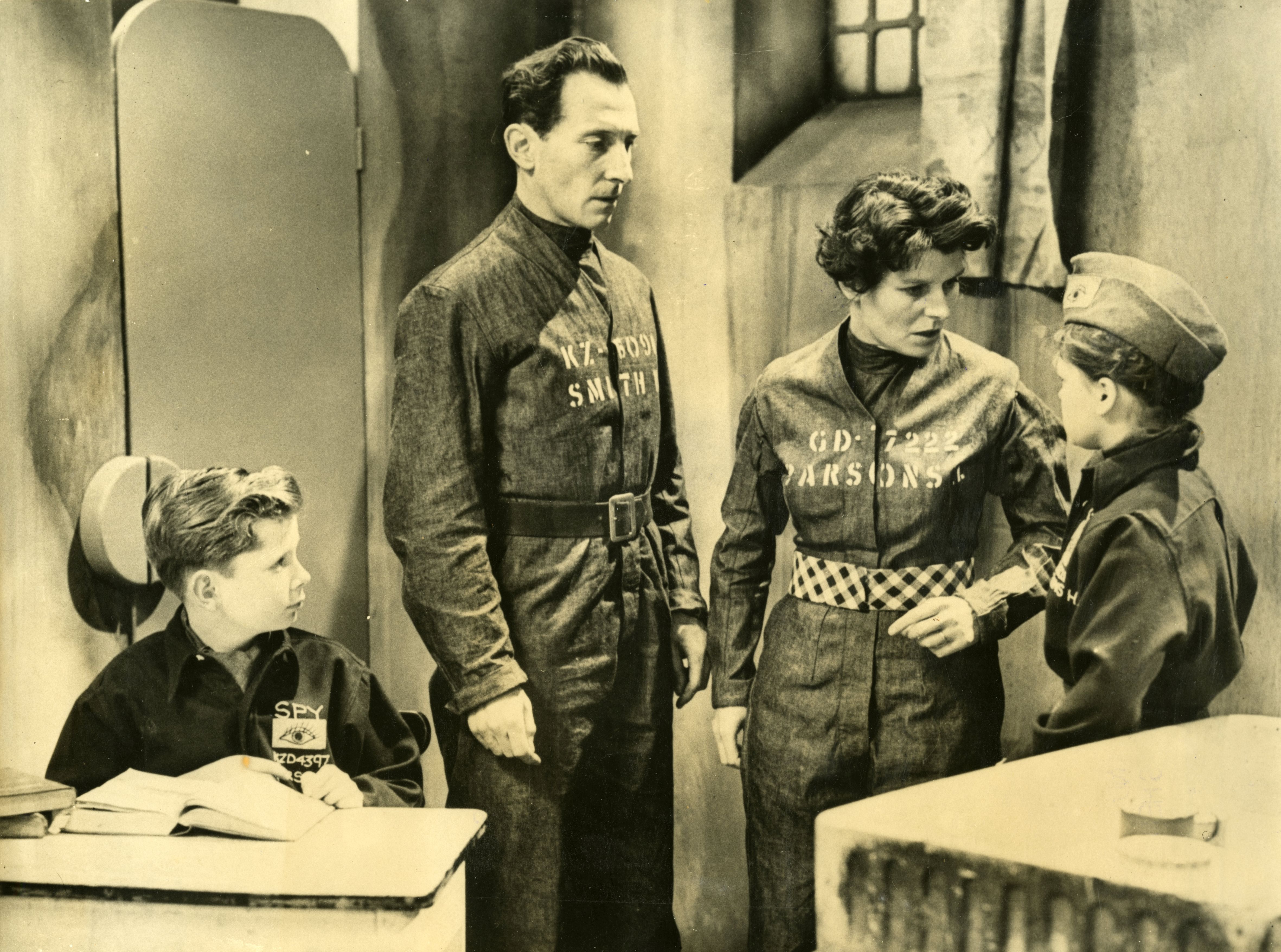 Transcription from reverse of photo:

A storm of protests about “horror content” followed when the British Broadcasting Corporation on December 12 televised an adaptation of George Orwell’s novel “1984”. The B.B.C. replied there had also been much favourable comment, said they considered the piece “A masterpiece by one of the foremost writers of our time”, and declared that in spite of the protests they would repeat the performance December 16.

Photo shows: Children Browbeat a mother who has not prepared their dinner in time to allow them to go to a youth rally. Center is Smith (Peter Cushing).