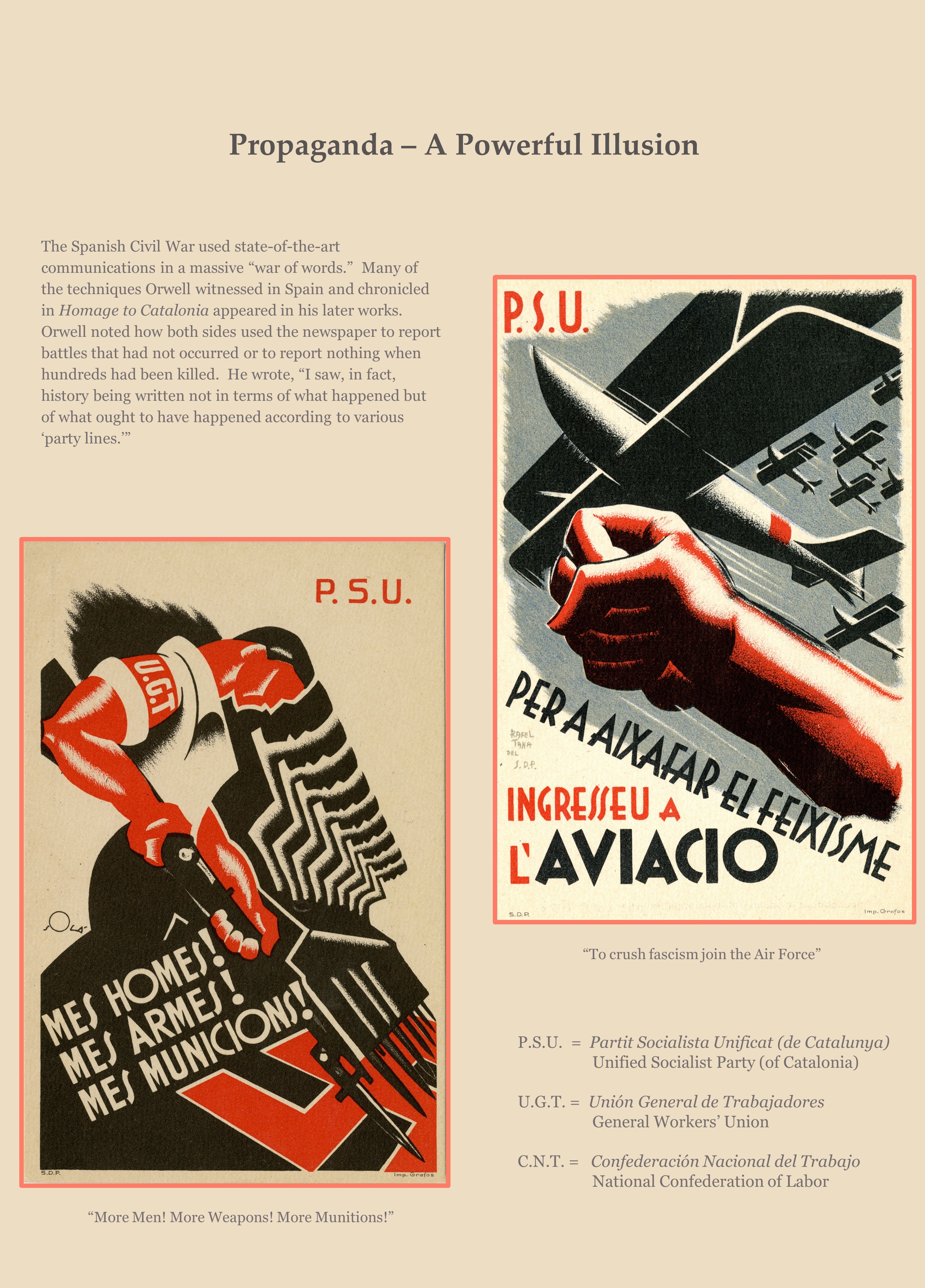 The Spanish Civil War used state-of-the-art communications in a massive “war of words.”  Many of the techniques Orwell witnessed in Spain and chronicled in Homage to Catalonia appeared in his later works.  Orwell noted how both sides used the newspaper to report battles that had not occurred or to report nothing when hundreds had been killed.  He wrote, “I saw, in fact, history being written not in terms of what happened but of what ought to have happened according to various ‘party lines.’”

Propaganda posters have become a symbol of Spain’s civil war and provided an essential visual backdrop to war.  Party posters against Fascism could be seen everywhere in Spain, particularly in Barcelona and the Catalonian region. The artists themselves often came from Catalonia, which had a long tradition of revolutionary thought and was the Loyalists’ stronghold throughout the civil war. Most Republican posters were produced in the socialist realist style and common themes included peasants or proletarian workers and socialist symbolism