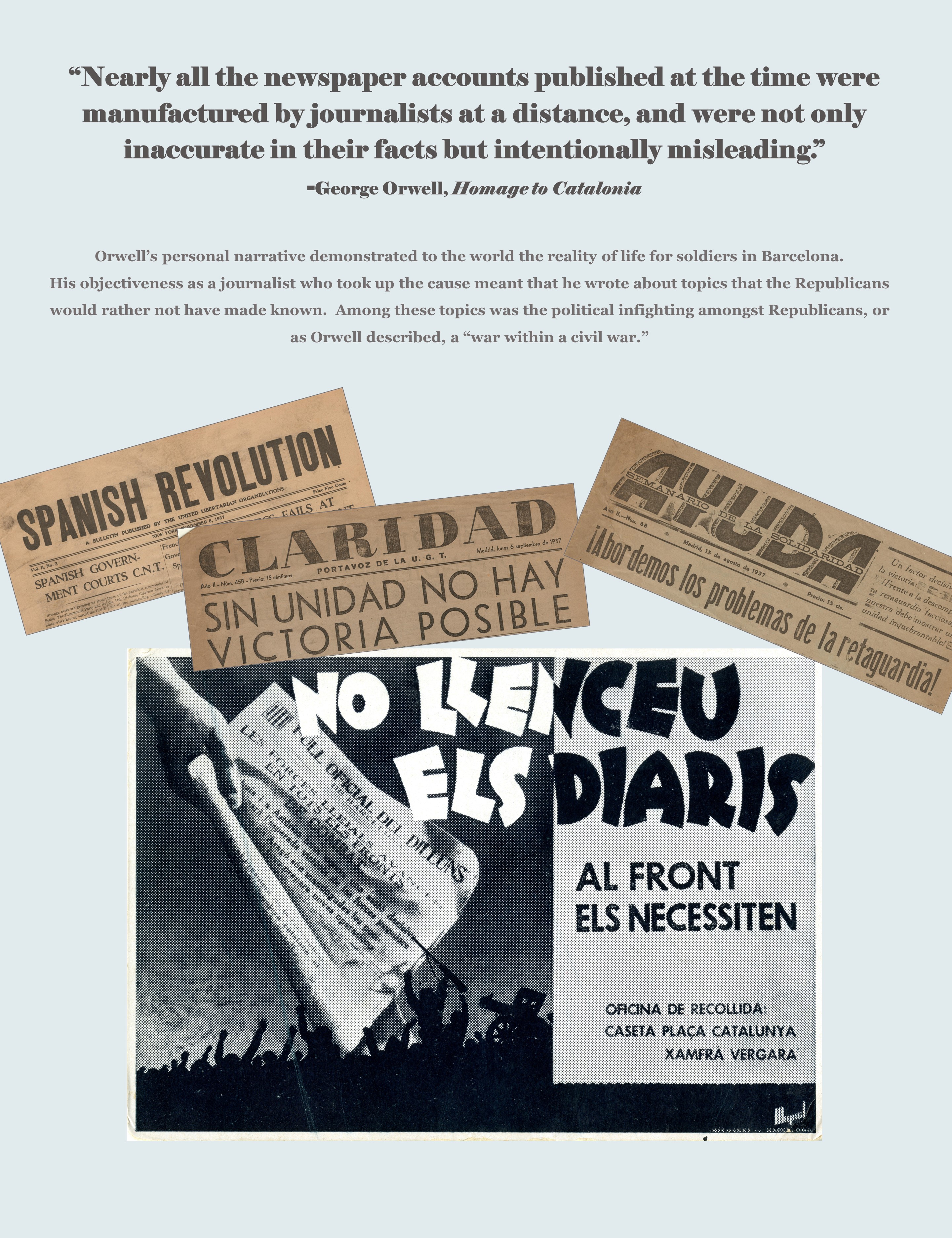 Orwell’s personal narrative demonstrated to the world the reality of life for soldiers in Barcelona.  His objectiveness as a journalist who took up the cause meant that he wrote about topics that the Republicans would rather not have made known.  Among these topics was the political infighting amongst Republicans, or as Orwell described a “war within a civil war.”