There is a new section along with the variety of books housed in the Dean’s Suite. As mentioned last month, our colleagues at the UNM Press donated several recent publications. Some of the titles include 50 years at the Pit, 60 Short Hikes in the Sandia Foothills, and Eco-Travel New Mexico. 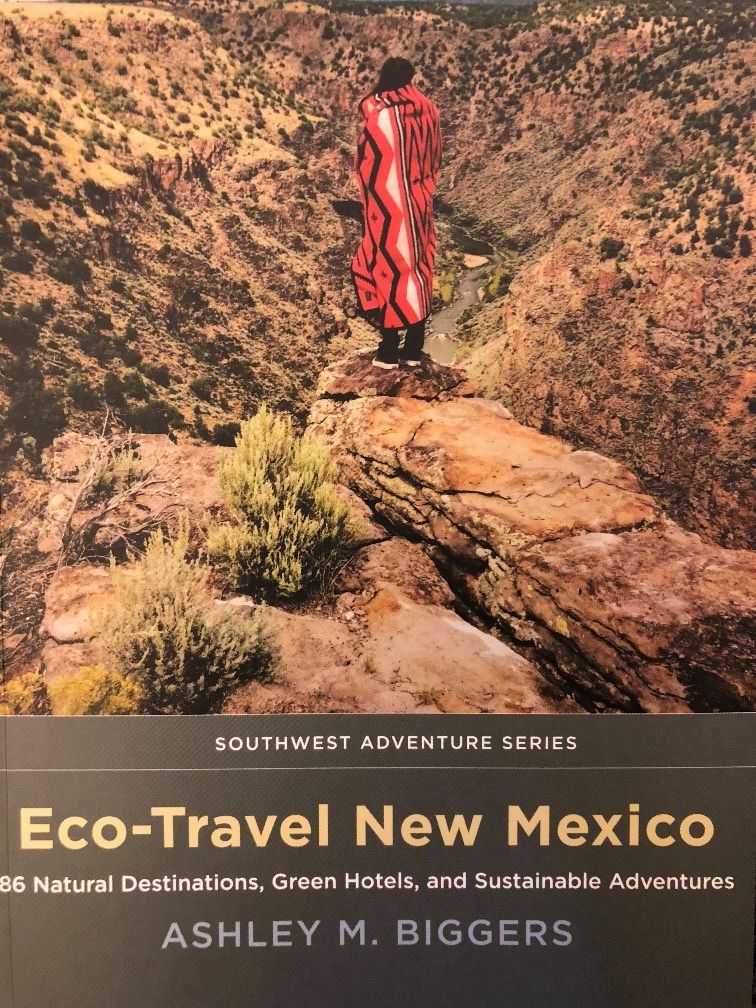 Biggers is a travel journalist who has contributed numerous times to various travel guides and magazines throughout New Mexico. Zimmerman has several magazines with her articles printed including The ABCs of Kidding Around in ABQ: New Mexico’s Largest City Offers Indoor and Outdoor Fun for Families and her recently published 100 Things to do in Albuquerque Before you Die.

Eco-Travel New Mexico focuses on cultural areas, lodging, natural areas, outfitters, and restaurants in  Albuquerque, the Northeastern Plains, the Southwestern Desert by Las Cruces, and the Four Corners Region.  As an out of state student, this book caught my attention because I am a huge fan of traveling and exploring where I live. Since I am new to the Southwest, this book would be extremely beneficial to new hikers like myself. The author illustrates how to explore the state of New Mexico while also being mindful of their environment. For example, Biggers places a huge emphasis on leaving a minimal impact on hikes and she offers various lodging and restaurants like the Hotel Andaluz (image below) which is LEED Certified and highly eco-friendly including rooftop thermal water heaters and refillable shampoo dispensers to cut down on plastic use. 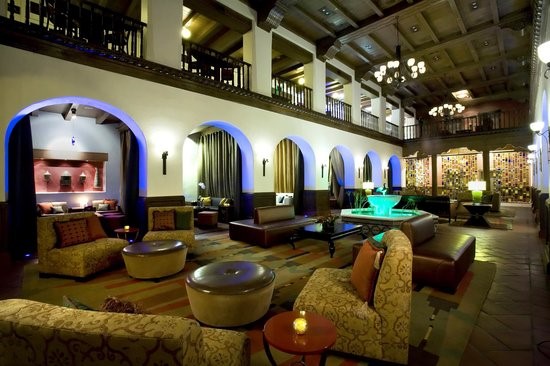 Here is a short excerpt from Eco-Travel New Mexico. I choose this quote for the beautiful description as an introduction to the mountains. Biggers places a lot of her written emphasis on visual senses, which make even a short introduction clear. I was able to picture the mountains clearly through her description.

“The Manzano Mountains often play understudy to the marquee
Sandia Mountains. Although both ranges are adjacent to Albuquerque, with attractions like the Sandia Peak Tramway and Sandia Peak Ski Area attracting visitors to that range, the Manzanos remain relatively untamed and unvisited – often to the delight of those who choose to explore here. Only the narrow Tijeras Canyon separates the Sandias and Manzanos, with the latter slipping into an undeveloped haven that extends forty miles south, more than twice the size of its sister range. Much of the mountain terrain is parceled for purposes other than recreation: either Isleta Pueblo or the US Department of Defense (via Kirtland Air Force Base) presides over much of the northwest range. Because the western escarpment is quite rugged, most recreation occurs on the mountains’ east side. Traveling to trailheads on this side, you’ll pass through rural villages known for apple orchards: “Manzanos” comes from the Spanish for apples, manzanas. The mountains have two main draws: a Hawkwatch International Inc. watch site, where the nonprofit monitors raptor populations, including the northern goshawk, one of the endangered species that inhabit the mountains; and the Fourth of July Canyon, which attracts leaf peepers for fall foliage rivaling that on the United States’ East Coast. Beyond these well trafficked routes, solitude awaits in more than thirty-seven-thousand-acre wilderness.” (Biggers, Eco-Travel New Mexico, pg. 31-32).

Eco-Travel New Mexico is just one of the Southwest Adventure Series books that the UNM Press has published. Skiing New Mexico and 60 Short Hikes in the Sandia Foothills are others, as well as, several traveling photography books such as Into the Great White Sands and Stories from the Camera.