In 1992, Liebs and five graduate students from UVM traveled to Japan and worked with Professor Masaru Maeno and graduate students from Tokyo National University of Fine Arts and surveyed the towns of Takahashi and Tamashima.  The trip was the first part of an exchange program created between Liebs and Maeno in an effort to cultivate a cross cultural dialogue about historical preservation.

In 1993, Professor Maeno and his graduate students came to Vermont to study with Liebs and his graduate students at the University of Vermont.  They surveyed the architecture in Swanton and Newburgh, and presented their impressions of the town at a public forum.  Years later, in 1998, Liebs helped organize an exchange sponsored by the Japan National Trust and the US-based Glynwood Center in the Japanese historic village of Shirakawa-go and Beacon, New York. 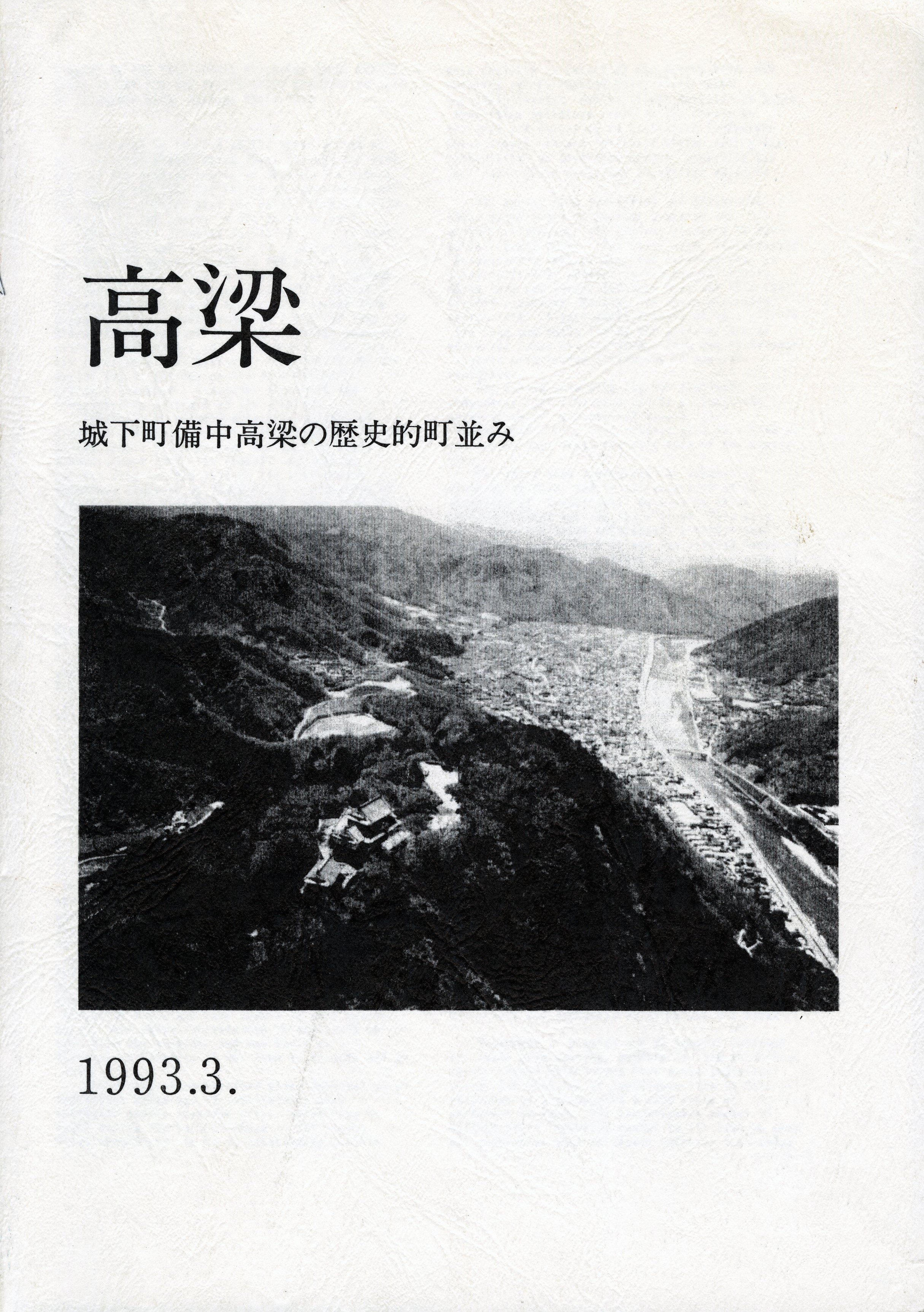 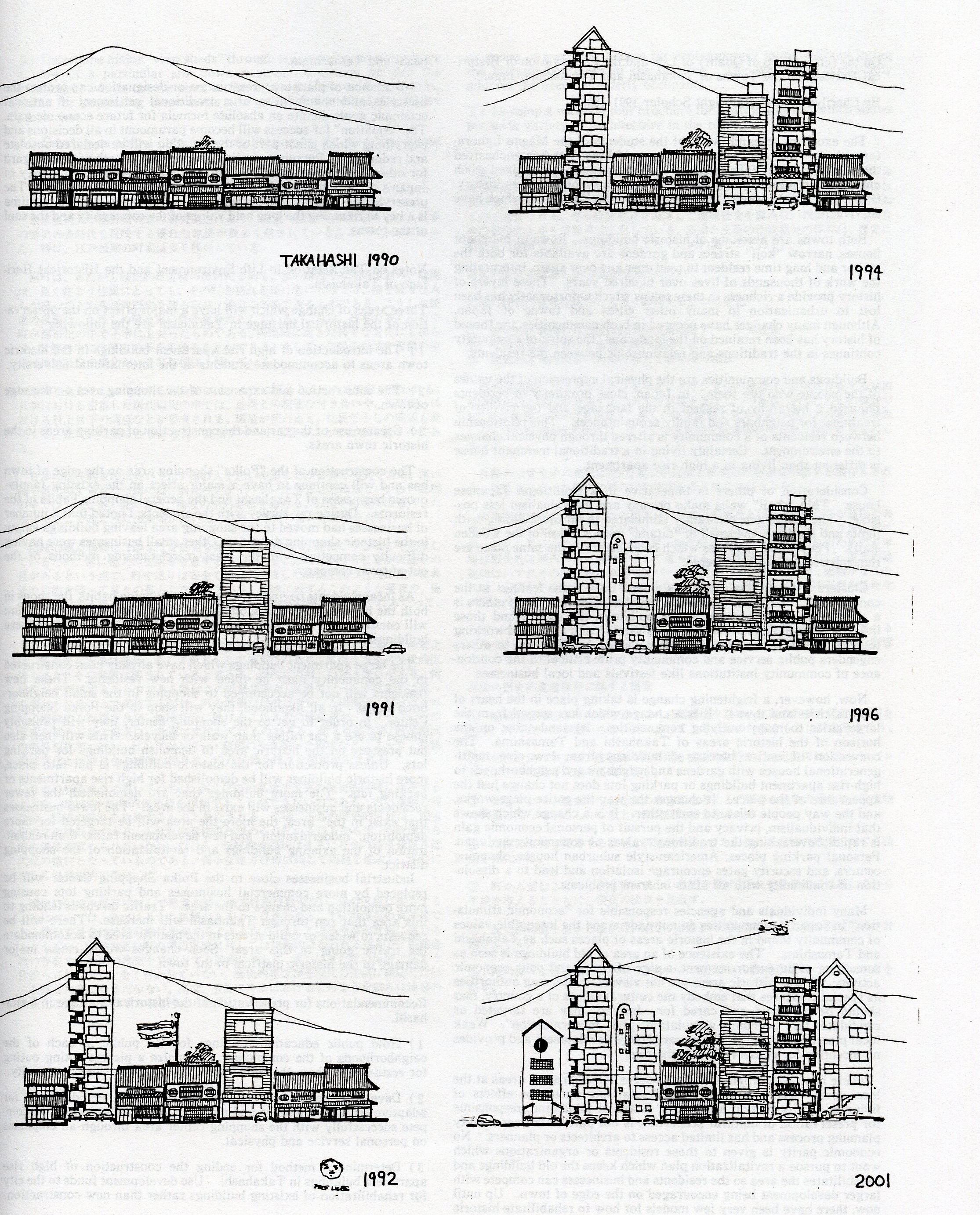 Left: Final Report for the Preservation Measures Project of Takahashi City, Okayama Prefecture authored by Professor Maeno and his students.  The main purpose of the project was to document historic buildings still standing and find ways to preserve them as new structures are built.  Liebs’ observations of Takahashi and the dangers of adding high-rise dormitories to the current architectural landscape were published in the report.

Right: Drawings created by Liebs and the Japanese students in 1993 to show what Takahashi might look like if dormitory buildings are added. 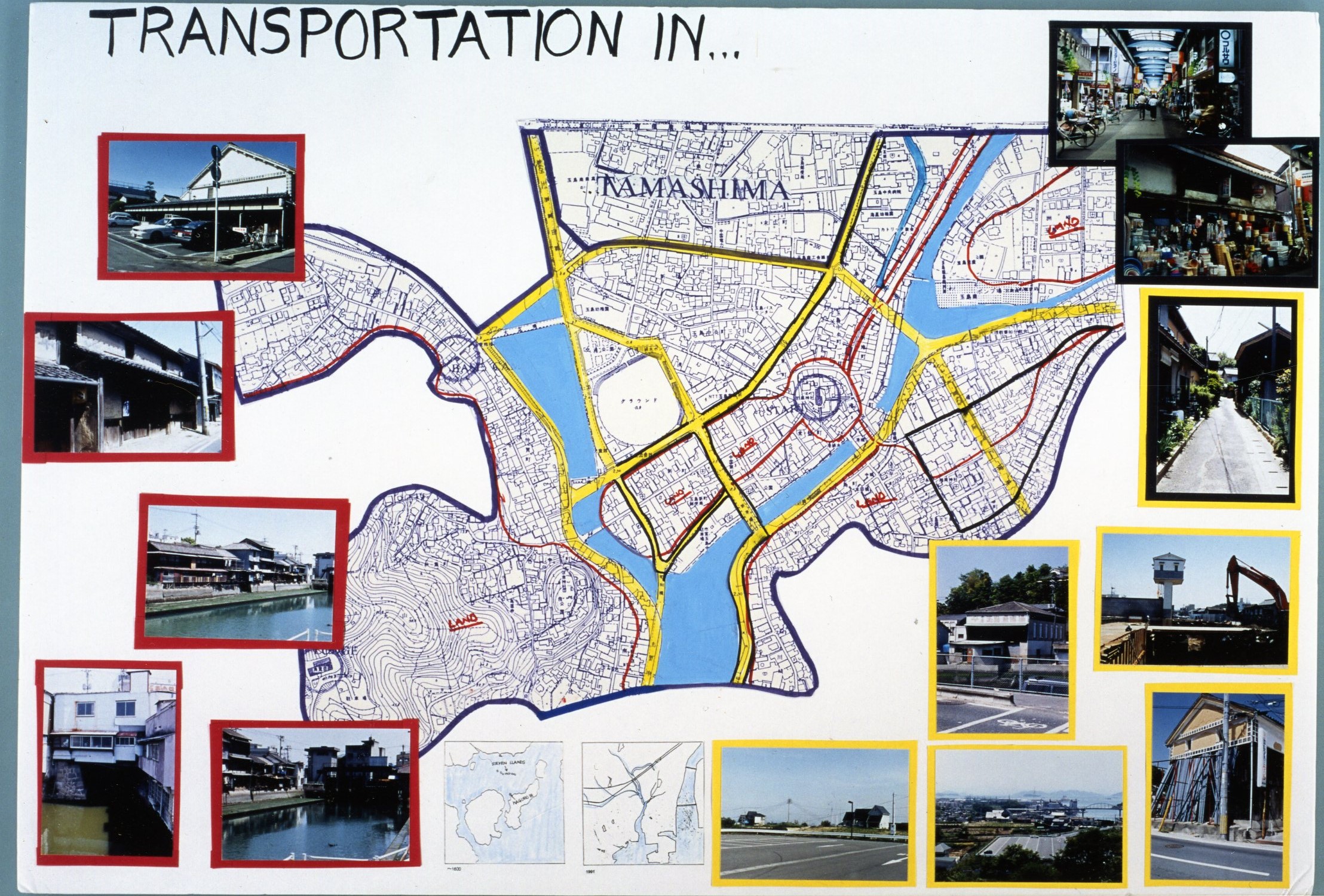 Images of posters created by UVM graduate students from their surveys of Takahashi and Tamashima, Japan in 1992. 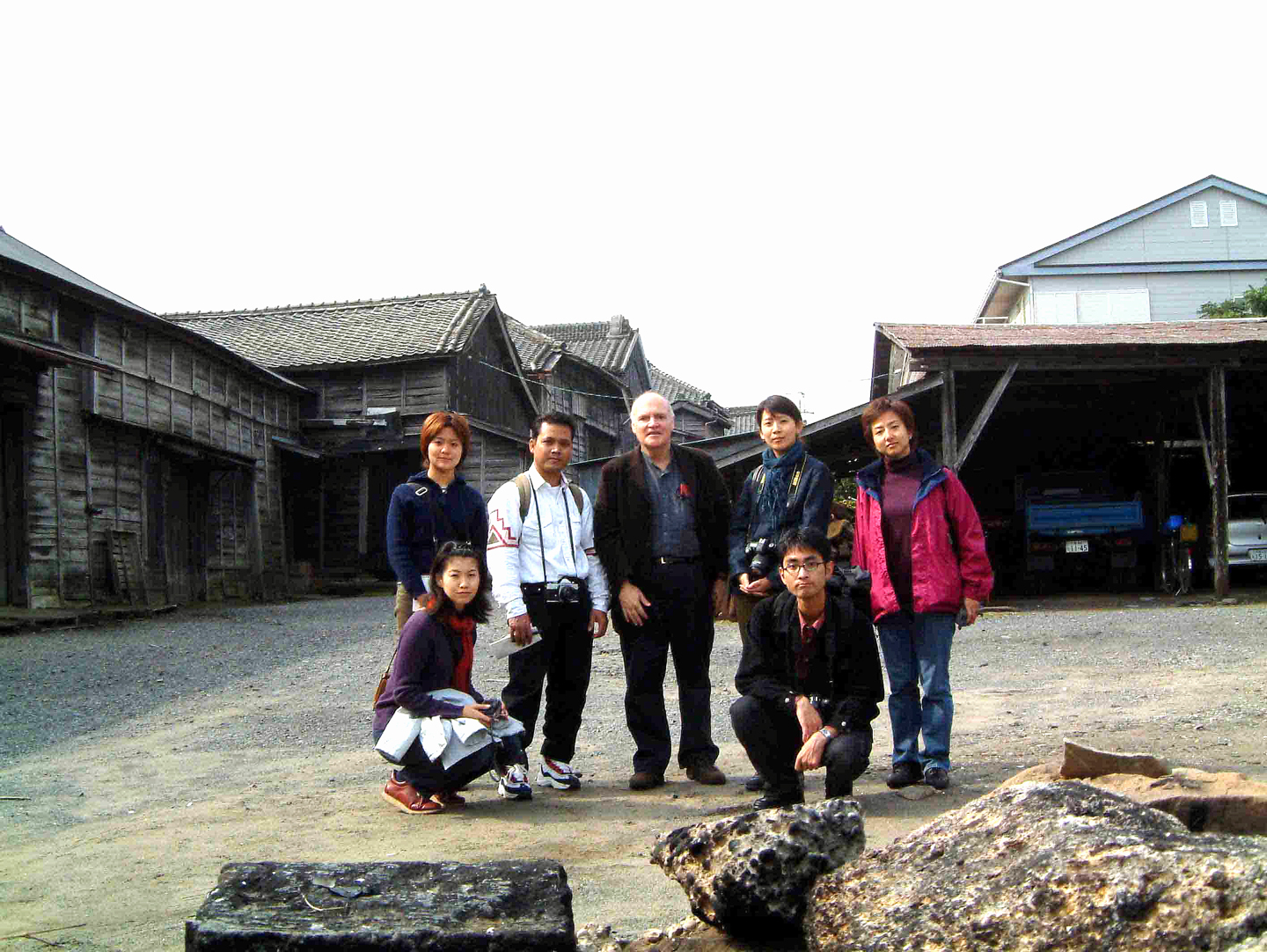 Chester H. Liebs was awarded a Senior Fulbright Research Fellowship (1994-95) for a project titled: “Learning from Everyday Places: A Bridge to Japan/U.S. Understanding.”  Hosted by Professor Masaru Maeno’s laboratory at Tokyo National University for the Arts (Geidai). This project focused on the “everyday ‘intangible’ cultural heritage of living comfortably within compact places” and the study of the “everyday” Japanese architecture.  Subsequently, he served as Visiting Professor in the Historic Buildings Laboratory at Geidai, and was awarded a second Fulbright in 2006-2007 hosted by Japanese urban conservationist Yukio Nishimura at the University of Tokyo.  This resulted in publication of Liebs’ book Secrets of Japanese Cities the World Admires (translated in Japanese: 世界が称賛した日本の町の秘密) published in 2011. 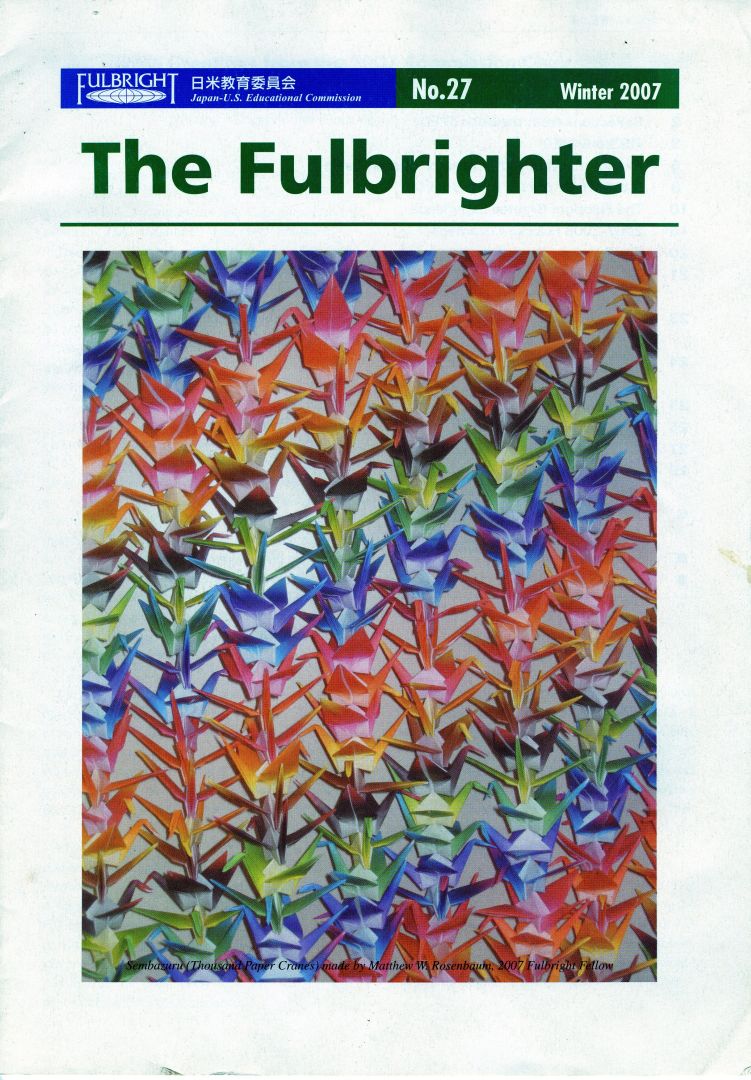 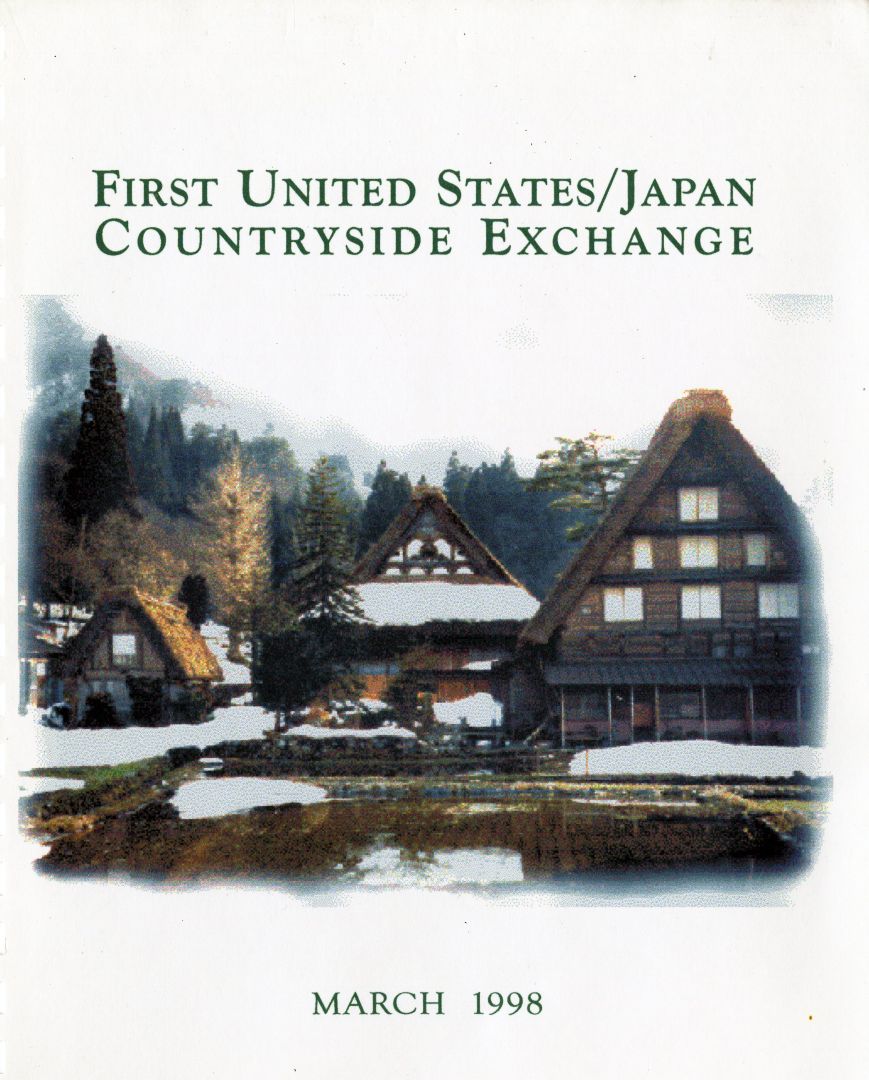 Cover of Glynwood Center report, featuring an image of the historic Japanese village of Shirakawa-go, describing the US/Japan Exchange organized by Liebs in 1998.

During and after two Fulbright Fellowships to Japan, Liebs  taught as a visiting professor at both Tōdai (University of Tokyo), and Geidai (Tokyo University for the Arts). His popular polemic, 世界 が 称 賛 し た 日本の町の秘密 (Secrets of Japanese Cities the World Admires: Sustainable-Infrastructure Lessons from Japan, 2011), applies an American cultural landscape sensibility to Tokyo’s integrated subway and transit bike system. 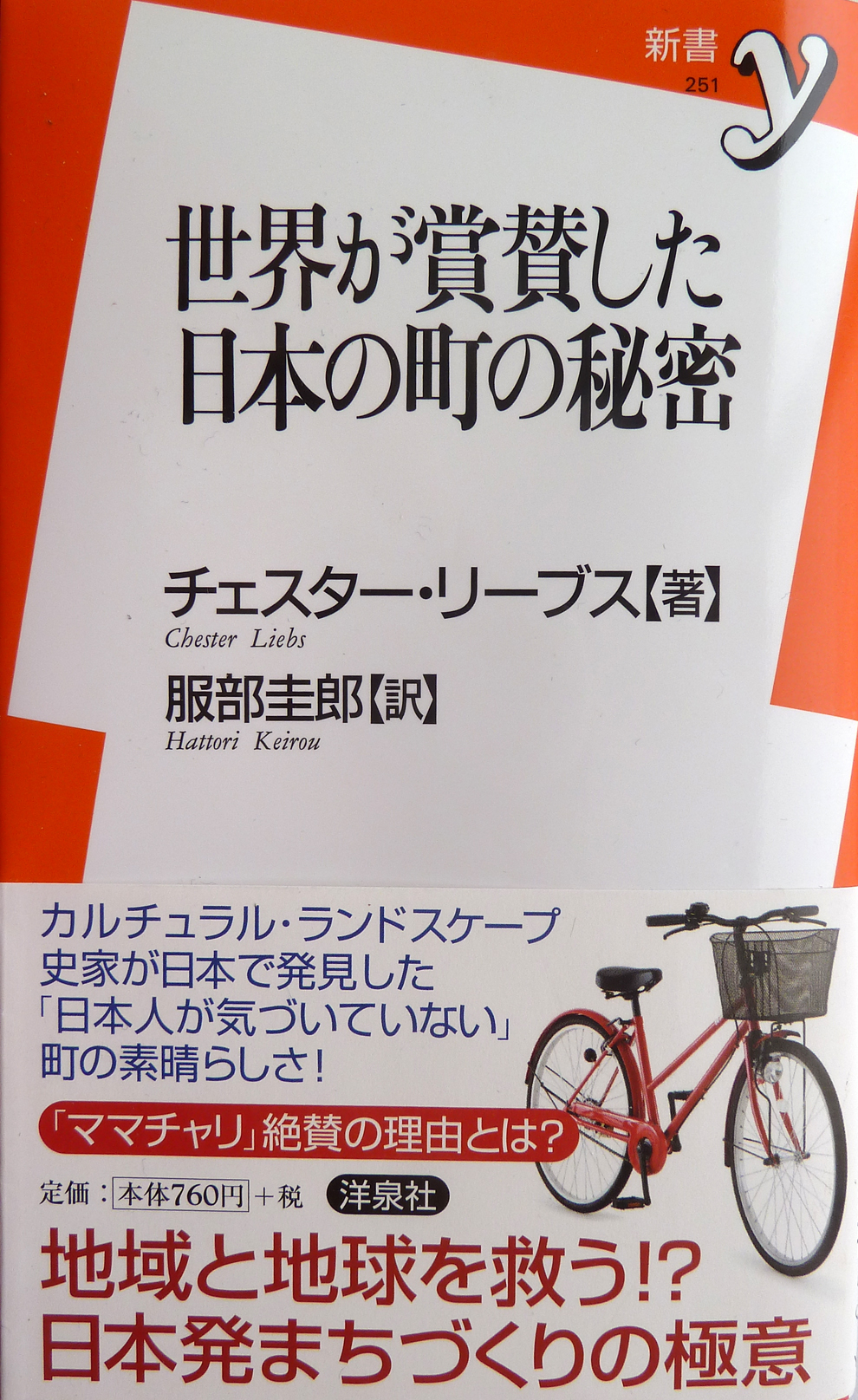 Link to a presentation by Chester H. Liebs titled "the Mamachari, Bicycle Neighborhoods, and Public Transportation: Sustainable Infrastructure Lessons from Japan" in 2015.  It was presented at the Transportation Research and Education Center at Portland State University on February 6, 2015.