The Calligrapher and the Quarterback: How a UNM Art Professor Tackled Sports Tradition 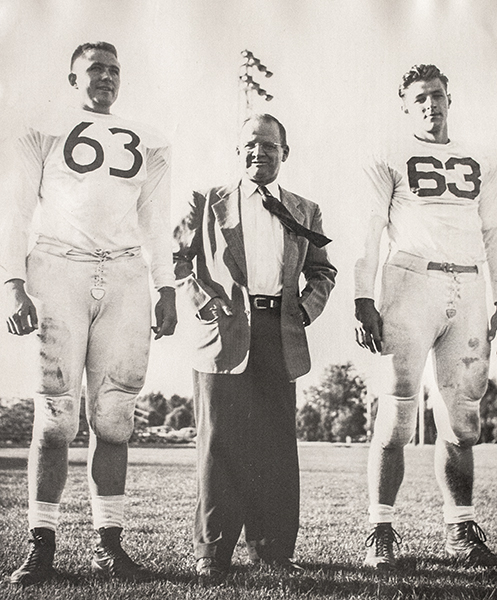 Ralph Douglass never connected his interest in penmanship with his love for football until the mid-1950s, when he got his first TV.

Tuning in to a football game one day, Douglass, a professor in the University of New Mexico’s art department, could barely make out the big white block numbers on players' jerseys. Even when seated in a stadium, he had trouble reading them, a problem he was sure other football fans shared.

Most numbers, like most letters, Douglass noticed, look similar to at least one other. That makes it easy to mistake an 83, for example, for a 68. Despite their large size, block numbers were hard to read from far away, and folds caused by a player's posture, or dirt picked up during the game, made things even worse. As a result, sportscasters frequently misidentified players and had to correct themselves later.

"The mistake of schools," Douglass remarked, "is thinking the bigger the number is, the more legible it is. That’s not true."

Well known in the art world as the author of the now-classic textbook Calligraphic Lettering, Douglass' interest in letterforms may have dated back to his time as an art teacher, in 1920-23, at the American University in Cairo, where he first encountered Arabic calligraphy, an art form he greatly admired. European scripts of the Middle Ages and Renaissance also captured Douglass' imagination. After coming to UNM, he collected leaves from early manuscripts, which he exhibited from time to time at local churches and libraries. 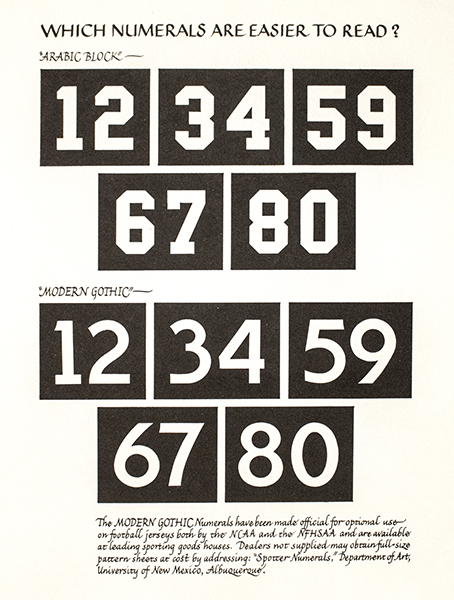 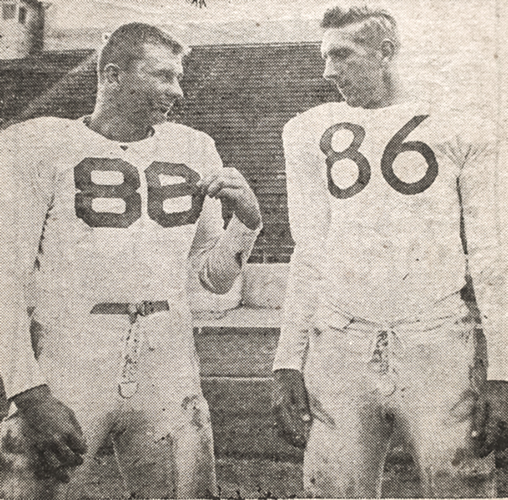 In 1954, Douglass set out to put his knowledge of the history and theory of lettering to practical use by making sports jerseys easier to read.

It wasn’t an easy job. Though everyone agreed that block numbers were flawed, tradition was hard to overcome. "For some strange reason," Douglass complained, "block letters got associated with Joe College and no one had the heart to change them." Nearly everything in football had been modernized. The uniforms had become tighter and harder to grab. Helmets could withstand "a blockbuster," as Douglass put it. But those big, bulky, hard-to-read numbers on jerseys were still the same.

To see his plan through, the plucky professor would have to make his case to the rules committee of the National Collegiate Athletic Association. Their regulations stipulated that jersey numbers must of the block type, one and a half inches wide, eight inches tall in front and ten in back. Douglass persuaded the committee to allow a test of one-inch-wide numbers that used a smoother font that he called Modern Gothic. It closely resembled the Futura and Gill Sans typefaces that were developed in Europe between the First and Second World Wars and were eventually adapted for use on American highway signs because of their legibility.

The UNM Lobos tested Douglass' "spotter numerals," as they came to be known, in 1954 and 1955. The NCAA required the team to get consent from their field opponents, which was granted. After consulting with coaches, sportscasters, and fans, and examining dozens of photographs that clearly showed Douglass was onto something, the rules committee approved the numbers for optional use in 1956.

Though American sports teams, out of tradition, generally still use the block numbers that Douglass disliked so much, variant fonts are occasionally seen, and for many teams outside the U.S., sleeker numerals are the norm. The next time you watch a sporting event, look at the numbers on the players' jerseys. If you see anything besides block numbers, UNM's own Ralph Douglass is the man to thank. 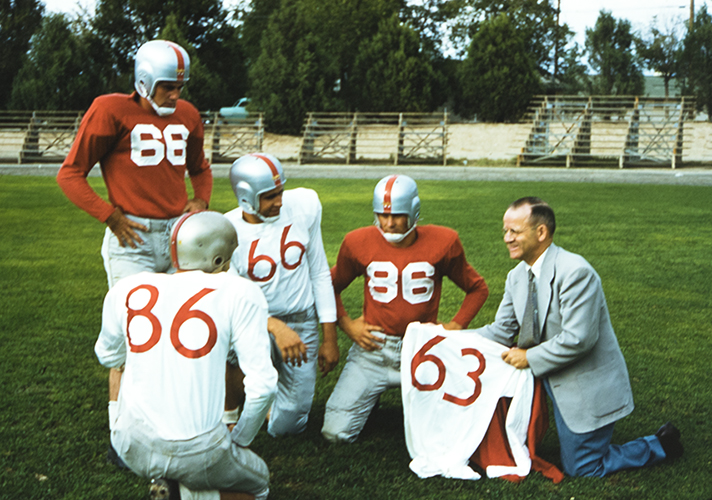 To learn more, explore the Ralph Douglass Papers and the UNM faculty file in the Center for Southwest Research & Special Collections.