Feminist publications from the second wave in the 1970s demonstrate women expressing themselves in new ways. Women wrote publically about previously forbidden topics and expressed their passion for social change through reporting, analysis, essays, and poems, as well as visual media such as photographs and drawings.

Large organizations, like the National Organization for Women, worked for the Equal Rights Amendment, among other legal reforms to improve women’s lives. 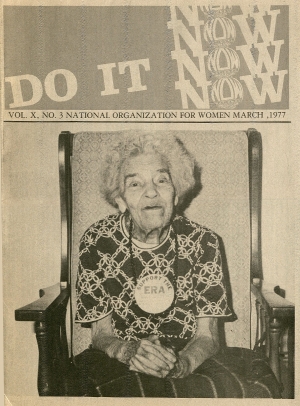 At the same time, smaller groups, like Washington, DC’s The Furies Collective, provided creative outlets for women angry about sexism but optimistic about the possibility of creating a new society.  In its article about the Furies Collective house, at 219 11th Street SE, the National Park Service says,

The Furies Collective house is directly connected with the early expression and definition of the character, role, and ideology of the lesbian community as a social and political community in itself, and within the second-wave women's movement and American society in general in the early 1970s. The house became the operational center of the lesbian feminist separatist collective, the Furies, between late 1971 and the autumn of 1973 which created and led the debate over lesbians' place in society.

In "Have Fun So We Do Not Go Mad in Male Supremacist Heterosexual Amerika": Lesbian-Feminist Poetry in The Furies, Julie R. Enszer writes,

The Furies had a vision for feminist revolution and a model of practice that is optimistic and energizing. The struggles of The Furies are visible on the pages of The Furies: Lesbian/Feminist Monthly. The women in the organization wanted to understand sexism and its internecine relationship with classism, racism, capitalism, and imperialism. They wanted to intervene in society to build a world that was different, a world that was based on a new set of values. The history of The Furies and the ways of thinking that they were committed to developing are useful models for people engaged in contemporary political—and poetical—struggles. 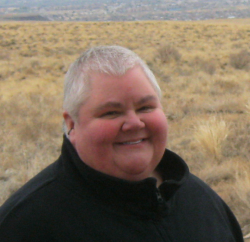