Indian Gaming - "The gaming industry on Indian reservations became, in the last part of the 20th century, one of the few economic success stories for Indian people—though its effects on Indian communities are quite complex and have yet to be fully determined.

The legalized gambling industry on Indian reservations began in 1981, after Florida's Fifth Circuit Court of Appeals ruled in favor of the Seminole tribe, which had opened a high-stakes bingo hall, and upheld the sovereignty of Indian reservations. The state of Florida argued that it had the right to control or suppress gambling within its borders, but the court decided that states do not have civil jurisdiction over federal Indian reservations..." Full encyclopedic entry linked below (among others) in the database American Indian History.

- Ewen, Alexander, and Jeffrey Wollock. “Indian Gaming,” Encyclopedia of the American Indian in the Twentieth Century, Facts On File, 2014. 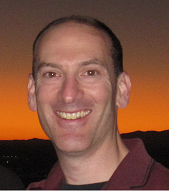 Mary K. Bowannie, MS & MA, is an adjunct faculty with UNM Communication & Journalism, and Native American Studies. She was a major contributor in the creation of this guide.