We knew exactly what we wanted and WE. GOT. IT. Women's Suffrage Exhibit and Lecture in Zimmerman Library

An exhibit celebrating the 100th anniversary of the women’s suffrage movement opens in Zimmerman Library on March 2. The exhibit, “We knew exactly what we wanted and WE. GOT. IT.” will be displayed in the Learning Commons on the first floor during National Women’s History Month. 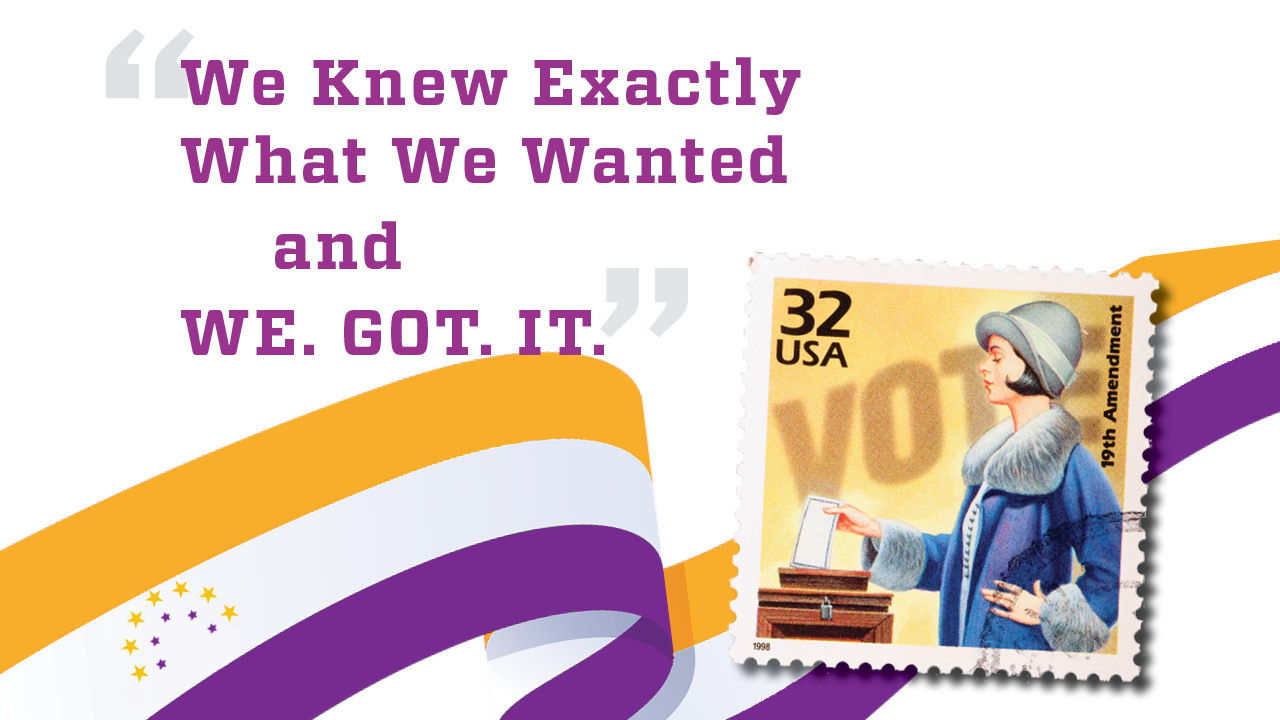 The exhibit celebrates New Mexico’s unique contributions to the fight for women’s suffrage. Highlighting New Mexicans who were local leaders in the movement, these contributions are contextualized with information about the national efforts to win the vote. Equal parts protest movement, social reform and political process, the lessons learned from the fight for the women’s vote help inform our understanding of political concerns and dynamics today.

Archival materials drawn from the University Libraries Center for Southwest Research & Special Collections and the Library of Congress, illustrate and explore the history of suffrage, New Mexico’s role in the process and voting rights issues in the United States.

Many of these items are available to view in And Yet She Persisted, a digital humanities project curated by Digital Initiatives and Scholarly Communications which documents the women’s history at UNM and in the state. It is an interactive project that invites visitors to tell their stories of inspiring New Mexican women.

University Libraries is also hosting a lecture, Weird History: Why Women First Won the Vote in the West, given by Virginia Scharff, emeritus distinguished professor of history at The University of New Mexico. Scharff has produced multiple scholarly publications, including Twenty Thousand Roads: Women, Movement, and the West (2003) and Taking the Wheel: Women and the Coming of the Motor Age (1991). Scharff previously acted as the director for the Center for the Southwest in the department of history at UNM. Scharff is considered one of the foremost historians of women in the American West writing today. The lecture is scheduled for March 18 at 12 pm in the Willard Reading Room of Zimmerman Library. The lecture is free and open to all.

The exhibit will be on display during regular business hours through April 6.