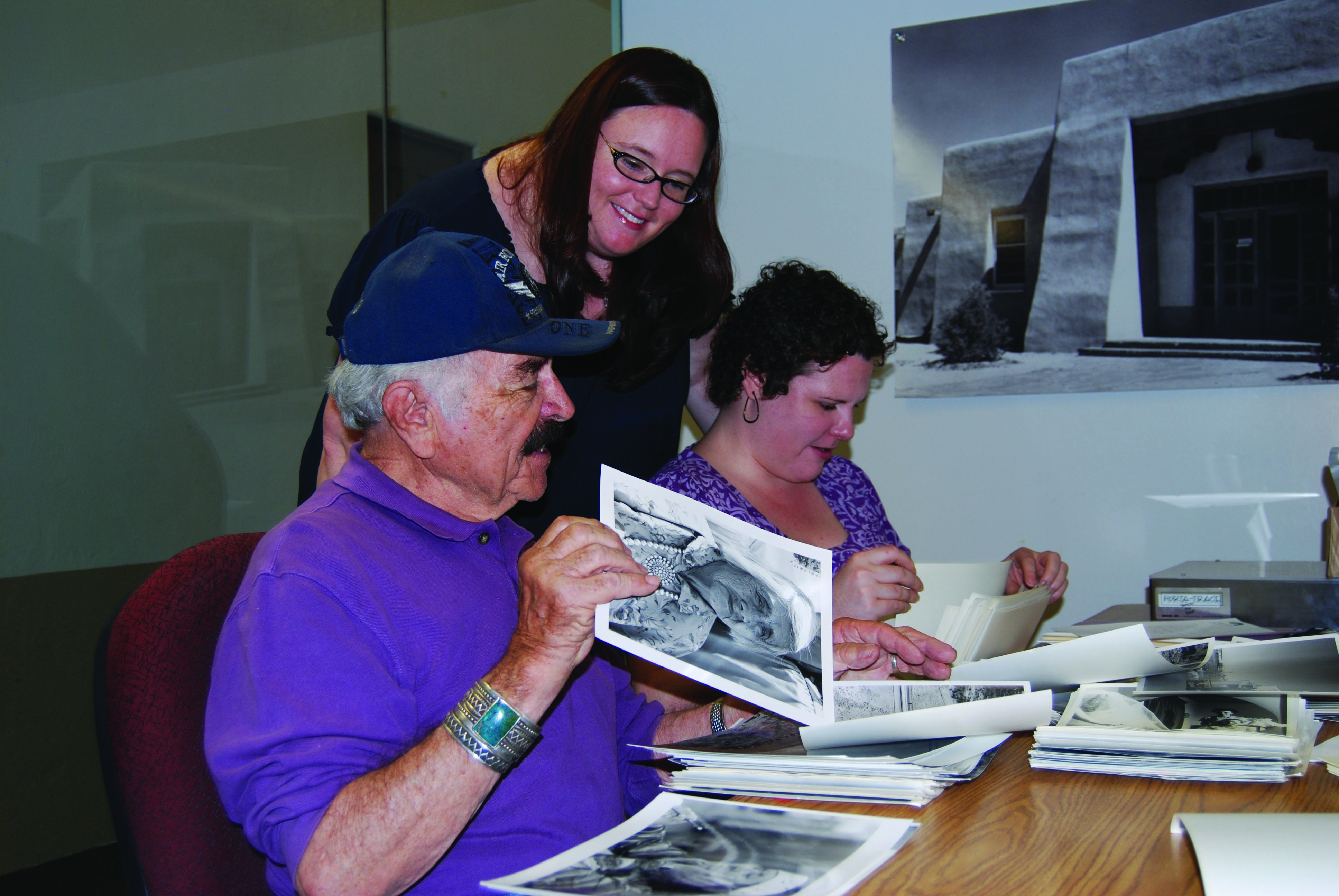 Prolific, respected and beloved photographer Lee Marmon of Laguna Pueblo has recently passed away. The Center for Southwest Research and Special Collections holds the Lee Marmon Pictorial Collection (PICT 2000-017), a large and significant collection of approximately 65,000 black and white photographs including photographic prints, contact “proof” sheets, negatives and slides.  The collection was acquired in 2009 and is among the collections most frequently accessed by researchers and the public.  A representative selection of over 1000 photographs appears in New Mexico Digital Collections Online. 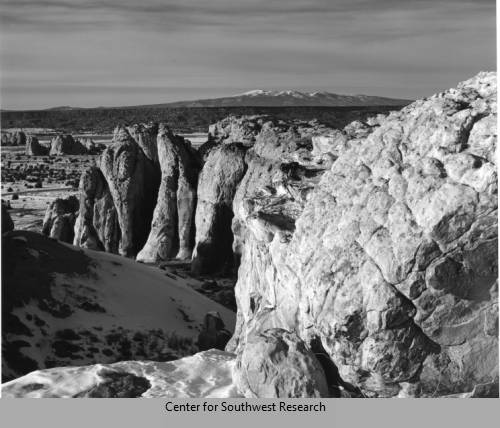 Best known for the body of work he referred to as “Visions of My People,” the wide-ranging collection  includes a extensive group of portraits of Native Americans, places and events from New Mexico and across the United States, along with noteworthy series on American Indian Colleges (1997), uranium mines and mills (1950s and 1960s), Palm Springs, California (1960-1980s, where he was official photographer for the Bob Hope Classic 1967-1973), and thousands of wedding photographs primarily from the 1950s and 1960s.

Lee Marmon, born September 20, 1925 in Laguna, NM. He took his first photographs on Route 66 near Laguna, at age 11, and after WWII service, began his career as professional photographer in 1947.  His first subjects were the elders of Laguna Pueblo, captured during daily activities.  He worked as a free-lance photographer with work appearing in newspapers and magazines (The New York Times, The Los Angeles Times, Time Magazine, The Saturday Evening Post).  Resettling in Laguna in the early 1980s, Marmon continued photographing as well as producing books (The Pueblo Imagination, 2003, with Leslie Marmon Silko, Joy Harjo and Simon Ortiz and Our People, Our Land, Our Images, 2006, among others,) and was honored with a 1999 exhibit at the Smithsonian’s Museum of the American Indian.