Here are some references in the archival collections at CSWR related to the right of women to vote and their role in New Mexico history.

Women's Fight for the Vote - examples from two collections: 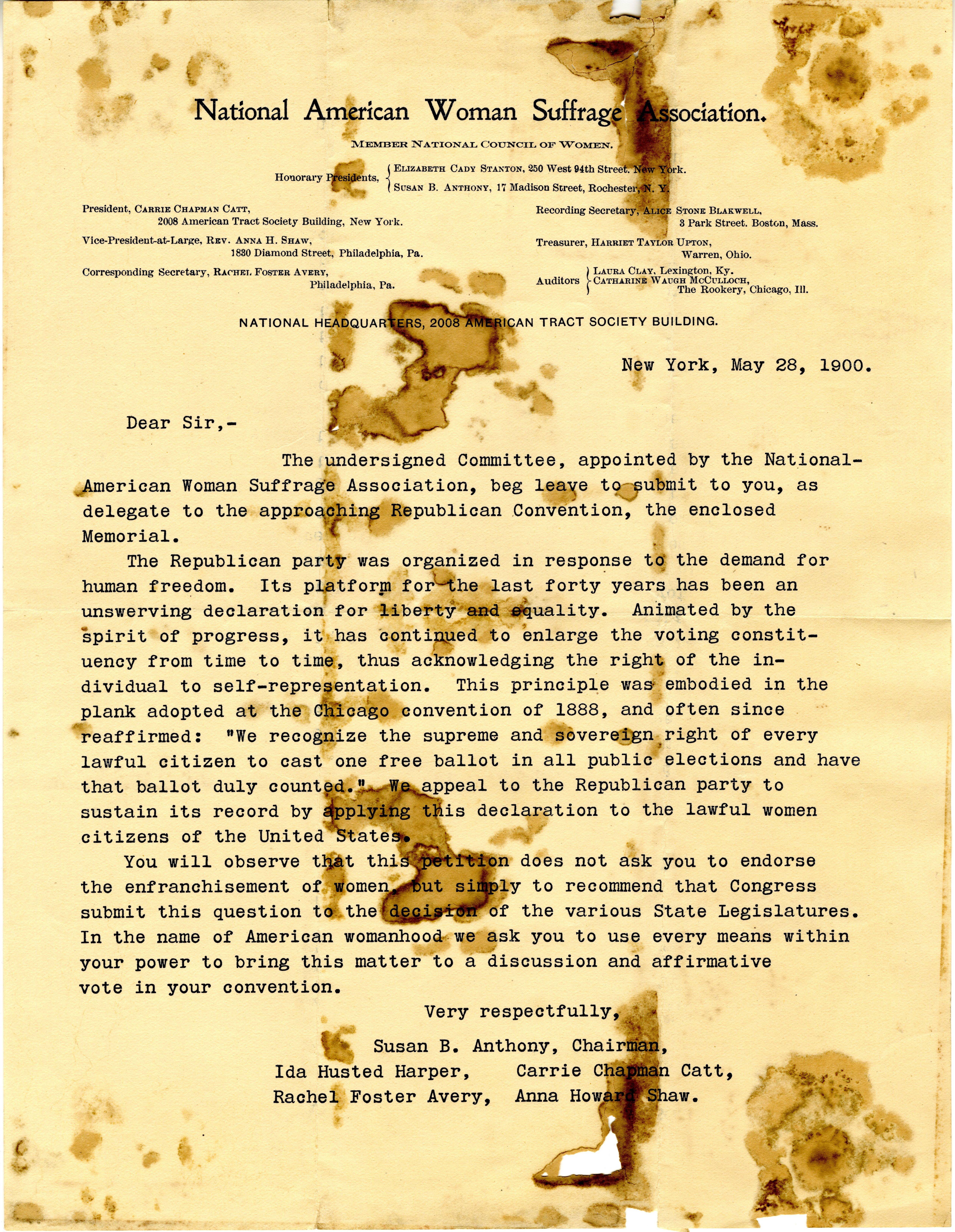 On the left, Secundino Romero Papers, 1824-1911 (MSS 287 BC), Box 1, Folder 9 - a 1900 letter from the National American Woman Suffrage Association Committee, from Susan B. Anthony and other women leaders - asking Secundino Romero, Chairman of the San Miguel County Republican Central Committee, Las Vegas, New Mexico, who was a delegate to the upcoming National Republican Convention - to recommend the right of women to vote to the Republicans and the U.S. Congress.

On the right, Dorothy I. Cline Papers, 1915-1990 (MSS 717 BC), Box 2, Folder - a 1915 printed card from Pennsylvania for the General Election of November 1915 - showing anti-women feeling and how clever male political propaganda was used against women. Card proclaims the majority of women in Pennsylvania do not wish to vote, calls upon male voters to stand by their women and vote no on Suffrage Amendment No.1. Further, it notes that the popular vote had previously defeated the women’s right to vote proposals in 1912 and 1914 in Ohio, Michigan, Wisconsin, Nebraska, Missouri, North Dakota and South Dakota. There is a recipe for Black Fruit Cake written on the backside and left edge of the card.

Use Advanced Search. Limit by institution = UNM Center for Southwest Research (or can open to all.)

Use keyword to search for topic.

When looking inside an individual collection inventory, use CTRL + F to open a Find window - type in search term to locate it in the inventory.

Poster, Women Who Made a Difference in New Mexico 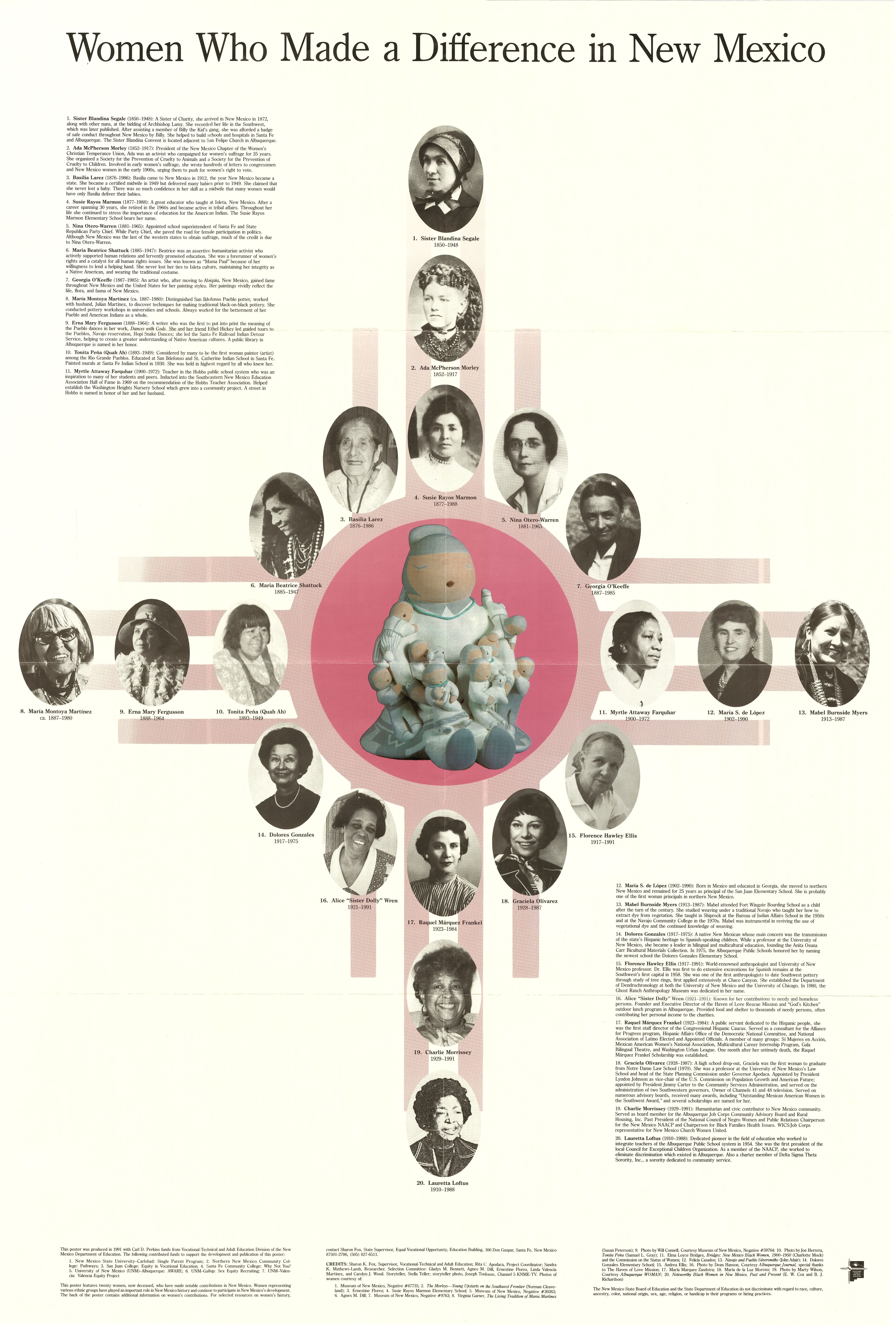 Poster, Women Who Made a Difference in New Mexico, 1991, by New Mexico Board of Education. Side one with images and short biographies of selected New Mexico women and side two with a timeline and background about women's history; women workers; sex discrimination; and a crossword puzzle of Women Firsts and Founders. From New Mexico Poster Collection, 1970-2010 (MSS 341 OV), Oversize Folder 3. Contact me for scans of the back side sections if needed.