Town of Tome Gets A Holiday Gift 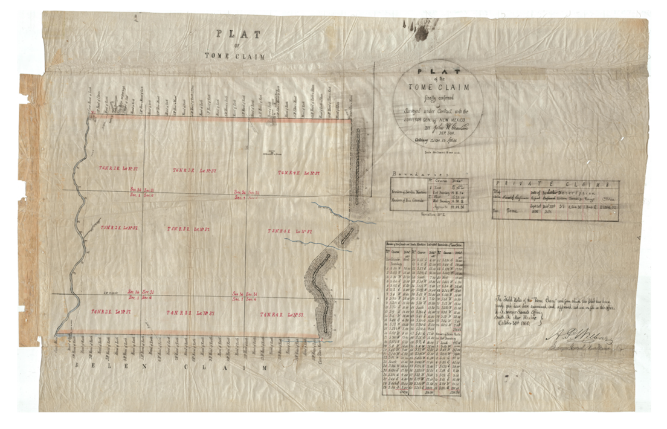 The Town of Tome has been in possession of their Map and Patent since it was approved.  It has been kept in the original metal tube that it came in.  But the papers were so brittle and rolled so tight they were difficult to read and view without causing them further damage.  The Land Grant reached out to U.S. Representative Melanie Stansbury’s office to ask who could assist with preserving the documents.  The office suggested the Center for Southwest Research (CSWR), UNM Library.  In December 2021 Andrea Padilla, President of the Town of Tome Land Grant, brought the tube to the CSWR’s Conservation Technician, Jennifer Dawn Eggleston.  Eggleston took on the challenge and within a week had carefully flattened and encapsulated both the aging map and the documentation.

This was truly a collaborative CSWR effort, as so much of our work is.  Besides Jennifer’s conservation work, our student, Jeanette Alvarez, was the scanning tech, while Head Archivist, Samuel Sisneros, enhanced the document coloration.  Archivist, Chris Geherin, uploaded the images to the New Mexico Digital Collection for full access by all students and scholars.  It is satisfying when everyone lends their skills to a project.

Padilla was overjoyed as Tome received a holiday gift of a lifetime.  The map is an October 31, 1860 Plat of the Tome Claim confirmed by the U.S. Surveyor General’s Office, Santa Fe - for 121,594 acres.  Featured are the West and East Town of Tome Land Grant boundaries at the Rio Grande and the Manzano Mountains, and the sections within it.  Also showing are the corner stones and many mounds of earth marking the Northern Thome Dominguez line and to the South the three cottonwood trees at the Belen Grant line.  The documentation or patent to the grant was signed by President Ulysses S. Grant, in July 1871, and registered in Valencia County that same year and in 1913.

You can see this amazing map and its documentation at the Town of Tome Land Grant Museum and Library, at 2933 Highway 47, Tome, New Mexico.  Hours Wed. and Sat. 9-2, (505-565-0015).  This Land Grant also operates the Tome Dominguez Hall, Tome Hill Park, a cemetery (circa 1800’s) and the Historic Jail Site on the Tome Plaza.  Copies of the Tome items can also be viewed in person at the CSWR (New Mexico History Collection MSS 349 BC) or online on the New Mexico Digital Collection.

It was a win-win for all.

Documentation for Plat of Tome Claim, 1871, signed by President Grant 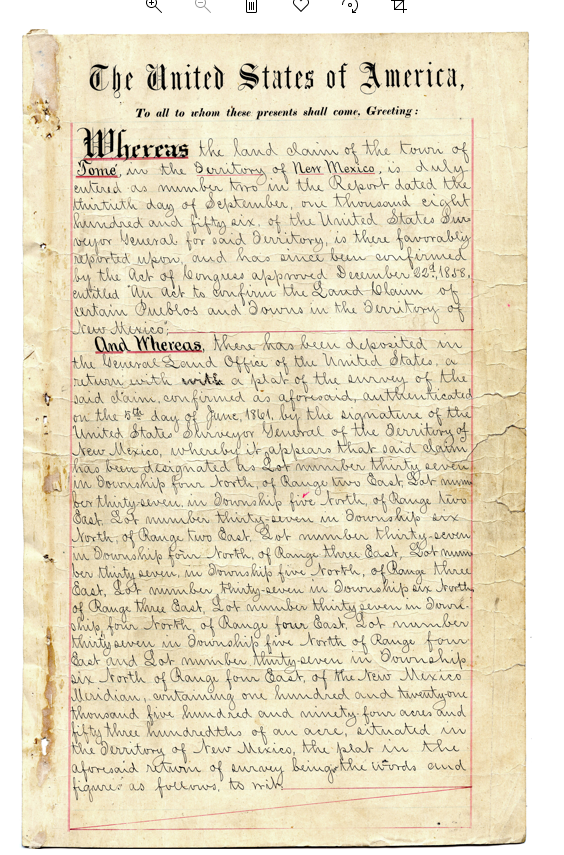 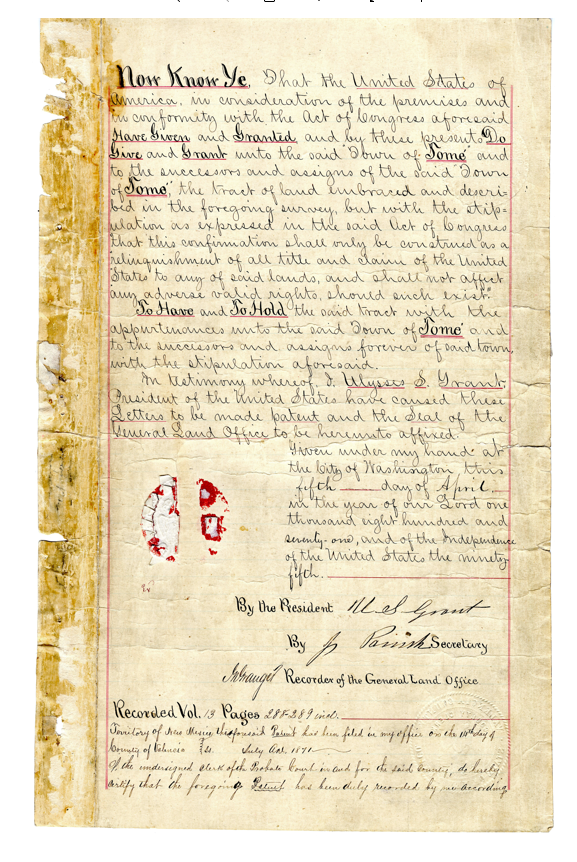 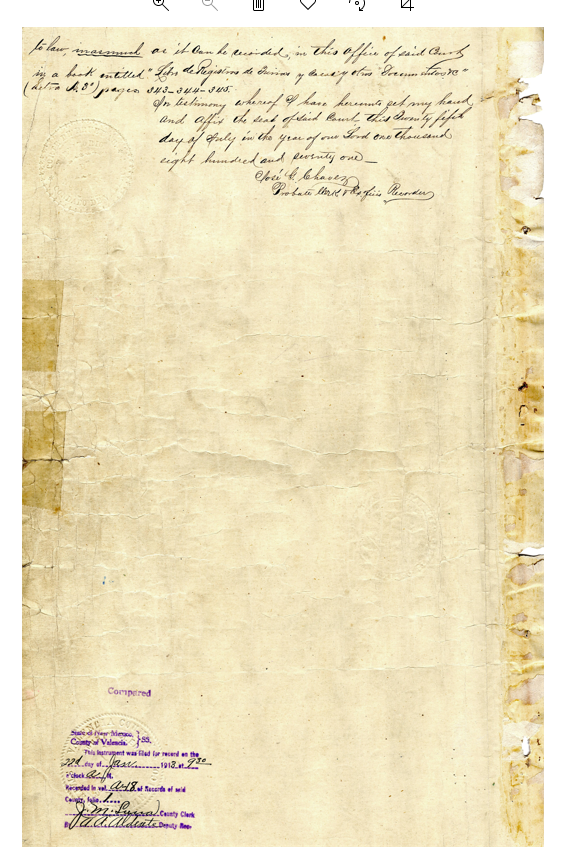