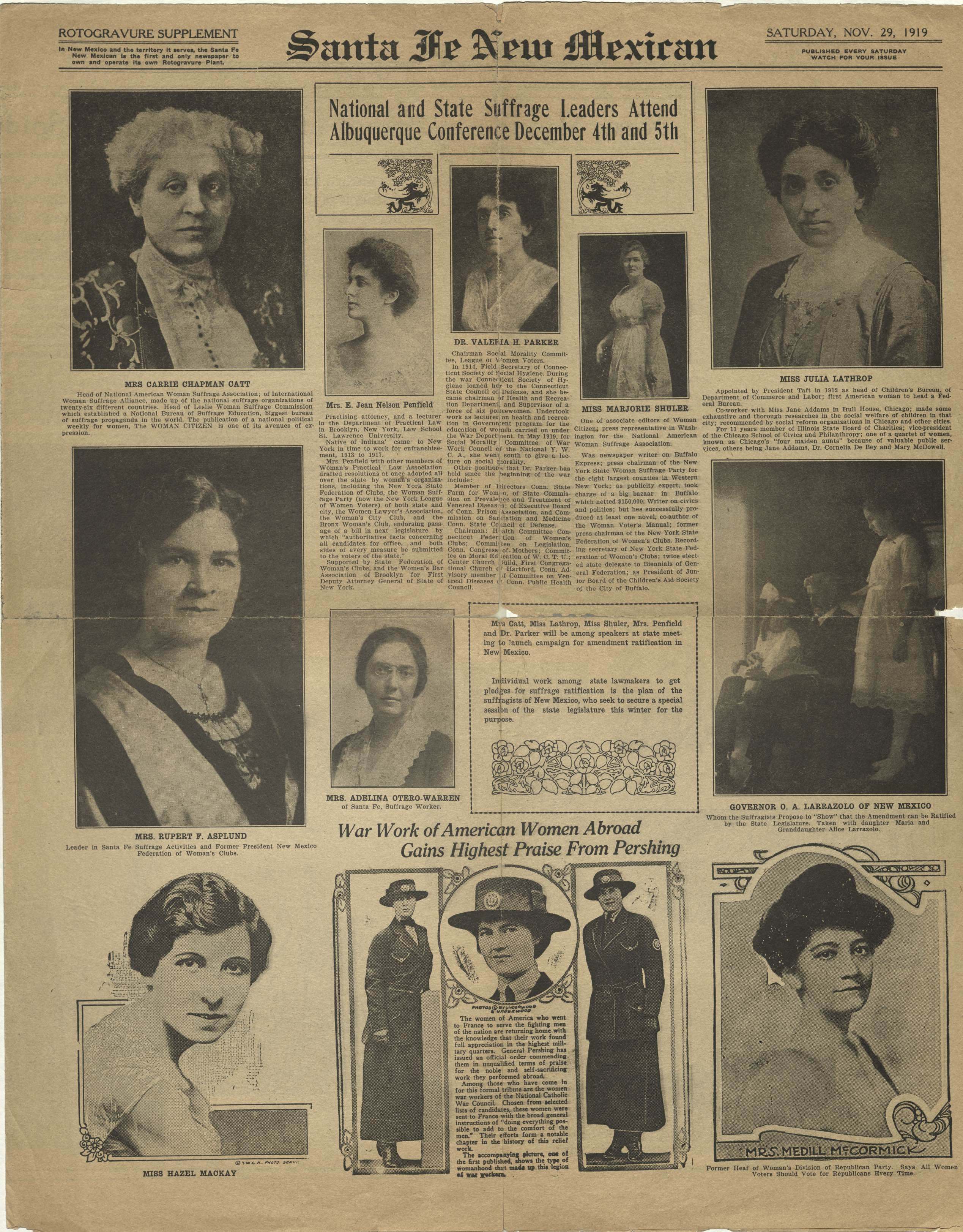 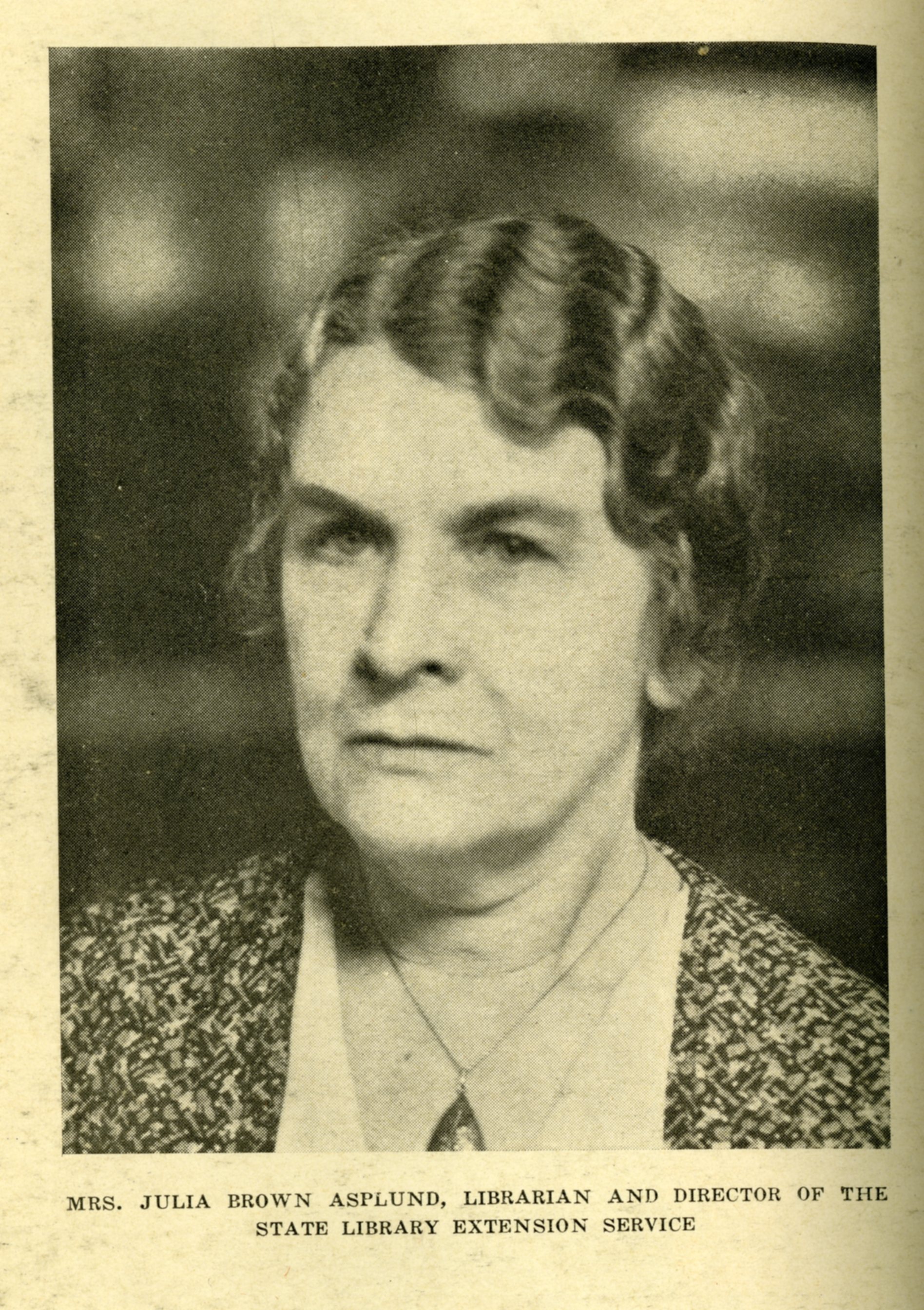 Julia Duncan Brown said, “as a teenager, I was already following politics

and wanted to be like Susan B. Anthony, the women’s rights activist.”*  Did she do it?

Duncan Brown was born in 1875 in Missouri, received her BA in 1895 and Library degree in 1901.  By 1903, she headed the UNM Library - the first trained librarian in the Territory.  She was the first woman to teach a UNM history class and coached the girls’ basketball team.  In 1905, she resigned to marry Professor Rupert Asplund, who was later Secretary of the NM Tax Commission.

The then Mrs. Asplund attended the sessions of the 1910 NM Constitutional Convention in Santa Fe.  She led several NM women’s clubs - the launch pads for women activists.  She headed the 1915 protest at the home of US Senator Thomas B. Catron, who opposed suffrage.  Inside the NM State capitol, she pressured legislators to ratify the 19th Amendment for women.

The first woman Regent of UNM (1921-1923), Mrs. Asplund got a library built before an engineering building.  She fought for a NM State Library and was its first director (1929-1932).  She promoted free public libraries, books for Anglo, Hispanic and Native American children and traveling libraries.

Asplund also supported education, town improvements, public health, charity for the needy, the welfare of women and girls and a girls’ reform school.  Her goal was a woman on the governing board of each State institution.  In 1919, Governor Larrazolo appointed her Chairman of the Board of the NM Girls’ Welfare Home.  Over the decades, she saw NM transition from Territory to State, lived through two world wars and the Great Depression and helped foster many key social changes.