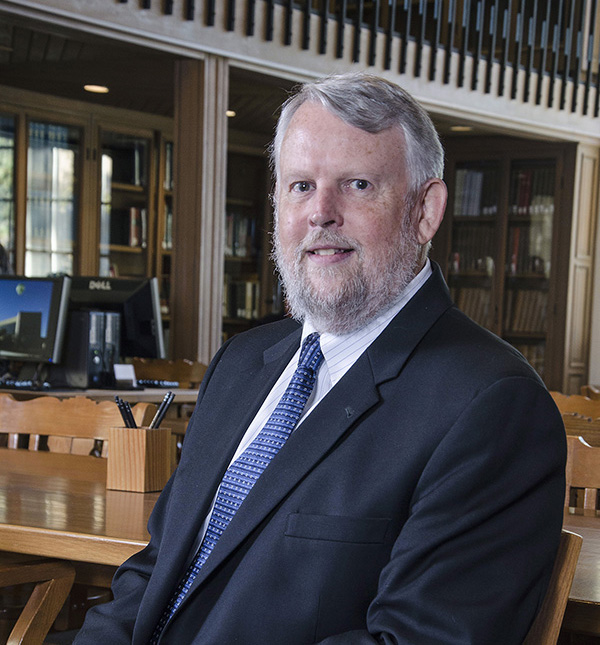 After six years at The University of New Mexico, Richard W. Clement has announced his retirement and will step down as the dean of the College of the University Libraries and Learning Sciences (ULLS) on June 30. During his time, Dean Clement has overseen the growth of the college in a variety of ways such as the integration of University of New Mexico Press into ULLS, continued development and growth in the Organization, Information & Learning Sciences (OILS) program, the development of the South Campus Repository (SCR), and significant fundraising for ULLS.

Dean Clement began his career at UNM in 2014 and has had a direct impact in the growth and expansion of ULLS. A significant and singular development that has occurred during his time is the incorporation of UNM Press into the college. “Dean Rick Clement provided crucial leadership to the UNM Libraries during a time of important transition in the role of physical and virtual media within university life,” said Richard L. Wood, 2018-2019 interim provost. “He collaborated with Nicole Dopson and Melissa Vargas of the Office of the Provost to move the UNM Press into a thriving future as part of University Libraries, where it will continue to contribute to life, the arts, and intellectual work in New Mexico, the Southwest borderlands, and Latin America for decades to come.” Since its integration in 2018, the UNM Press has achieved fiscal stability and celebrated its 90th anniversary. Within the college, the UNM Press is poised to flourish for another 90 years.

In addition to the UNM Press, Dean Clement has championed the OILS program as it enlarged its curricular offerings and moved to online delivery. OILS has become an exemplar for UNM in online education. Further, he spearheaded the development of the South Campus Repository, a facility to preserve the collections of the University Libraries. “The libraries have needed and worked toward this facility for over twenty years. The facility will not only preserve our collections, it will open spaces in the Libraries for enhanced student learning and success,” said Fran Wilkinson, senior associate dean. Wilkinson will step in as interim dean of ULLS during the provost’s search for a new dean. “I wish Rick all the best in his transition from dean to enjoying many happy adventures in retirement.”

Dean Clement has been dedicated to seeing the UNM community grow by overseeing significant fundraising for ULLS with more than $13.5 million raised within the last six years and by personally donating $35,000 to UNM. Clement noted that he believes his greatest contribution to UNM has been in the hiring of excellent staff and faculty that have contributed to the success of ULLS and will continue to do so long after his departure.

Dean Clement is completing a career of 35 years in libraries, 20 of which have been in administration. Prior to UNM, Clement served as dean at Utah State University from 2008-2014. Prior to that he was at the University of Kansas for 22 years, eight as department head in Special Collections. He and his wife, Susanne, will return to Lawrence, Kansas, to enjoy retirement amid family and grandchildren.

The faculty and staff of the College of University Libraries and Learning Sciences would like to thank Dean Clement for his work these past six years and wish him all the best in his retirement.