On July 20, 1969 Apollo II was the first manned space mission to land on the moon. Commander Neil Armstrong and pilot Buzz Aldrin rode the Eagle lander craft down to the surface and were on the planet for two hours collecting samples and conducting experiments.  Michael Collins was pilot of the mothership, Columbia.  They returned safely to Earth, boosting the American spirit and assuring the continuation of the NASA space program.

The Center for Southwest Research (CSWR) and Special Collections, at the University of New Mexico Library, Albuquerque, has a number of mementos of the space program.  The three shown here are from the Clinton P. Anderson Papers, MSS 20 BC. Anderson was New Mexico’s United States Senator from 1949-1973 and Chair of the Senate committee overseeing NASA from 1963-1973.  https://rmoa.unm.edu/docviewer.php?docId=nmu1mss20bc.xml 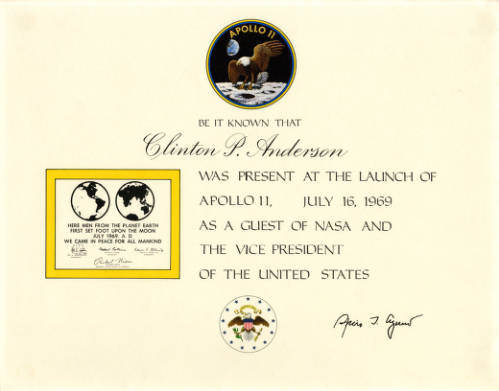 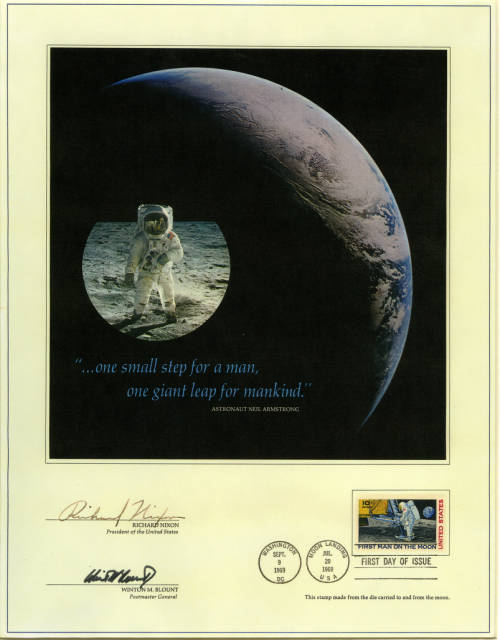 Letter from Vice President Spiro T. Agnew to Senator Anderson inviting him to a planning meeting on post-Apollo II space programs, May 1, 1969. 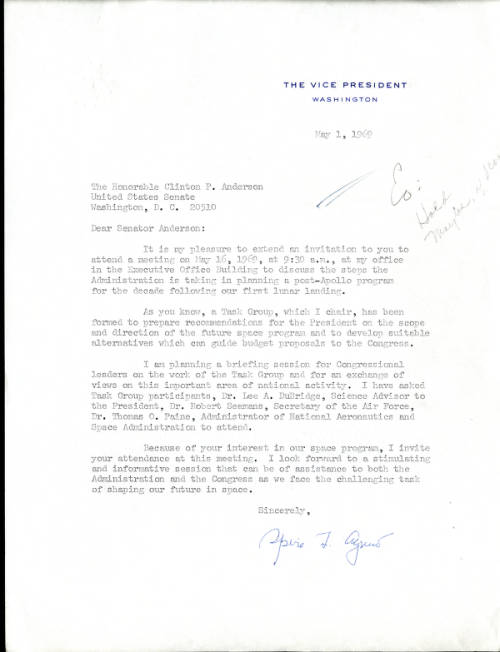 The CSWR also has the papers and photographs of Astronaut Harrison H. Schmitt, MSS 370 BC.  He was pilot and geologist for the Apollo 17 mission in December 1972 and spent three hours on the moon. https://rmoa.unm.edu/docviewer.php?docId=nmumss370bc.xml